In discussing how the newly released Jetpack Search fits with Core WordPress search I veered off into discussing algorithms in general. That generated some healthy discussion on the WPTavern Podcast. I wanted to expand on what I was saying a bit about democratizing algorithms. This is very much related to what JJJ called “race car technology makes its way down to everybody” on the podcast.

I think some of the negative reaction is a personal preference where many readers loudly prefer reverse chronological because it is easy to understand and they feel in control. I think that is a very common opinion among WordPress developers. I’ve had that discussion many, many times. I also think that user control is important.

However, it is very clear that ON AVERAGE having some algorithm filter or reorder the content is much more engaging. It boosts visitor engagement.

Let’s look at some top examples: Twitter, The New York Times, The Washington Post, and Amazon (30% of humans use Facebook, so let’s stipulate that algorithmic is working pretty well for them).

Many people are loudly complaining about Twitter not being completely reverse chronological. However, as a product and service, they just had their first profitable quarter ever. And it wasn’t because they have more users. Monthly active users is flat. But daily active users increased 12% year-over-year. They have steadily made their product more engaging to the average user. So while yes many people dislike the algorithmic changes they are making, they also seem to be working. 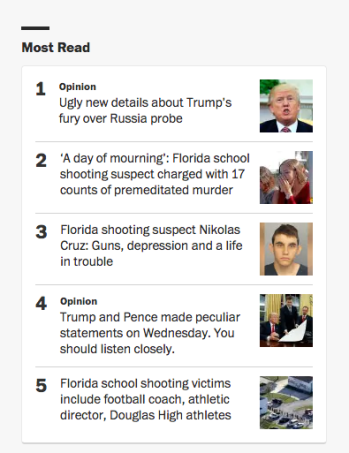 Beyond even human “algorithms” that order which articles are on the front page, it is very common to have algorithmic sections of the front page of major news sites. Sometimes it is “most emailed stories”, or sometimes it is the most viewed. The current NYT’s home page has a section which looks like the top posts from across the past few days in a nice scrollable display. Maybe they are hand picked, but I bet there is data influencing them. The Washington Post has “Most Read” and “Live Discussions” sections.

Even on this blog I’m using Jetpack’s top viewed posts widget and Jetpack related posts. Both are things that WordPress Core can’t do.

Algorithms are everywhere on Amazon. Let’s look at the dog food I buy. The reviews are clearly sorted by what will get me to buy it. 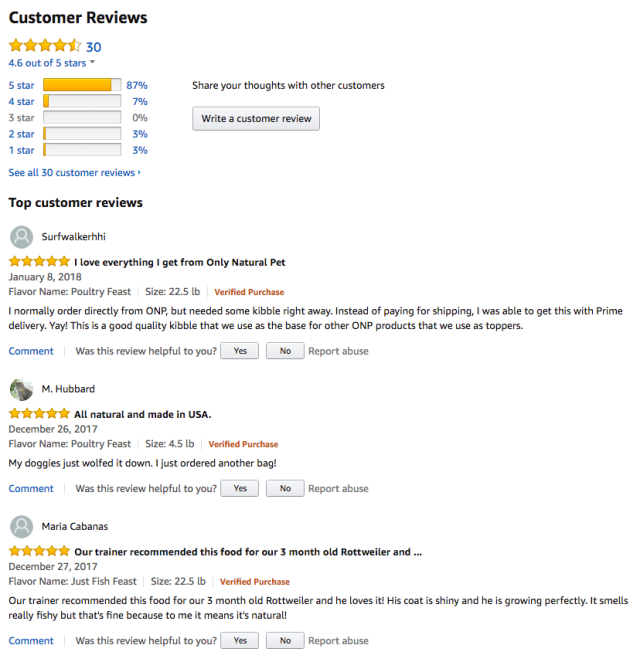 How could I not buy it!

It is about Engagement!

This even comes up with simple websites. Gutenberg opens up very interesting questions about how blocks should be organized on a web page. Chris Lema mentioned this when discussing the future of web publishing:

The future can’t continue to be a unidirectional dynamic where someone in marketing determines the best articulation of their message in a single-focused and static design.

The future of publishing is that different people can get different content depending on their behavior, demographics, interest and more.

I think framing it as personally preferring algorithmic vs chronological is really the wrong way to think about it. The question is, if you could flip a switch and get your visitors to spend 20% more time on your website, then would you?

Right now, only big expensive web sites can toggle that switch. Many of them are effectively monopolies. Let’s democratize algorithms so any website can choose to build a highly engaging user experience.

While we can and should talk about filter bubbles and the impact that these algorithms have on the world, a world where only monopolistic tech giants can deploy these algorithms is not one where publishing is democratic.

Search Wrangler at Automattic where I work on Search, Natural Language Processing, Machine Learning, and general web development on WordPress.com

Want to build huge systems, analyze tons of data, and deploy code to millions of users? We're hiring search wranglers (and many other positions).